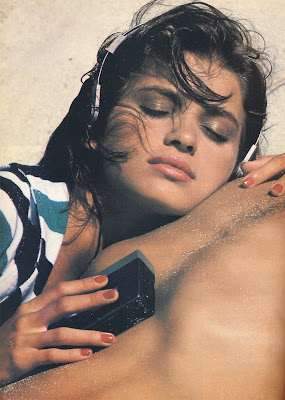 The greatest art of the late 20th century was fashion photography. As art became transformed into merely conceptualism, beauty worship lived on the relatively free form of beauty advertisement.

The golden age of fashion photography is generally thought to be the 50s. In my opinion, however, it is rather the 1970s that was the peak of this artistic movement. The very embodiment of this phenomenon was Gia Carangi - fashion model who died of AIDS at 26 - shown above in a photograph by Francesco Scavullo.
Upplagd av Sara kl. 03:17