Women never really faint - not even at weddings

In 1905, just days after Sweden "lost" Norway to its independency, there was a royal wedding in England between Princess Margaret and Crown Prince Gustav Adolf of Sweden. This week it is 105 years since the wedding took place.

The first image below was scanned from a tabloid that was published last week.This image struck me as one the most inspiring wedding picture I have seen - the bride is so unassuming, shy and subtly beautiful. And the bouquet is quite lovely. 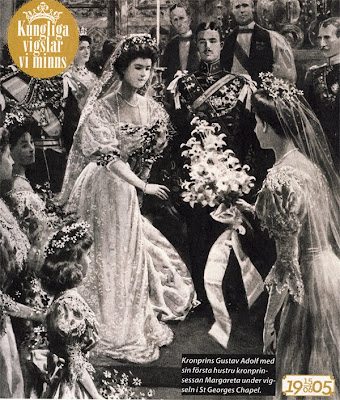 The other images have been scooped up from the Royal Forum.

The Princess went on to have 5 children, many of whom became designers and painters. 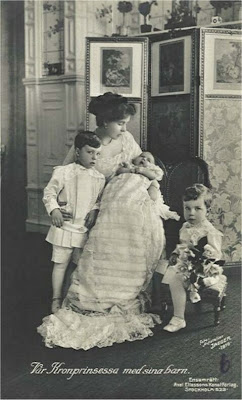 Princess Margaret also developed as a painter in her own right. This is a very small sample image. More can be found in the Swedish Royal Castles. However, the color composition is quite beautiful in my opinion. 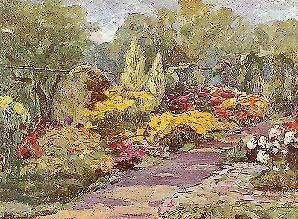 Margareta never became queen since she passed away after an aggressive infection during the 8th month of her 6th pregnancy. 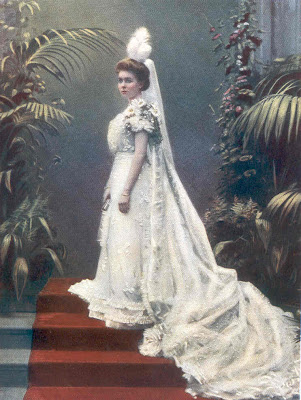