In the early 60s (I believe) Vera von Lehndorf was discovered by none other than Miss Dorian Leigh, one of the most legendary models of all time, as Dorian had traveled to sample Vera's mother's famous cookies. Here, Verushka is featured in a rare photoshoot from 1975, toward the end of her modeling career swathed in luscious Italian furs. 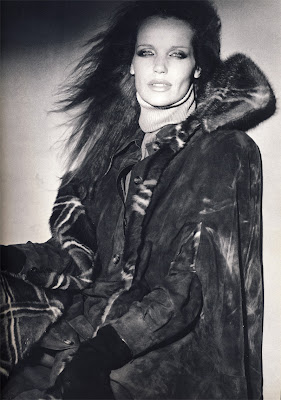 Patti Hansen did some of her first notable work for Glamour in 1972/3. Though very successful, her career stalled because of her image as a fresh faced teen. To overcome this, she went on a trip to Europe where she was dressed up as a vampire, vamp, corpse, whathaveyou in the European magazines. Here is a fine example of one of the last covers and editorials before her return to America to become the most sought after model of 1976-1978. 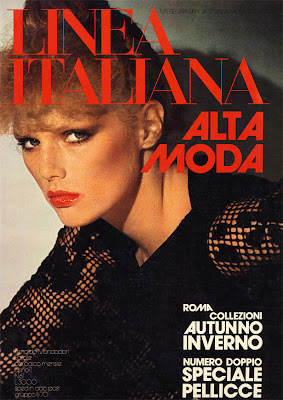 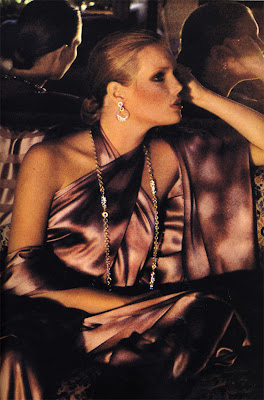 Mila Schön ad that speaks for itself. 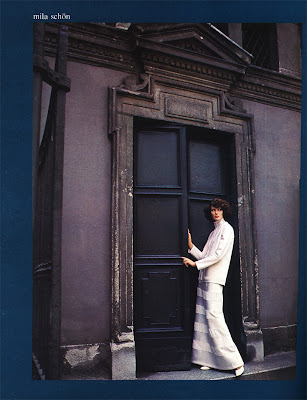