Having had time now to digest the S/S 2011 season I have come to the conclusion that I like it immensely. Across the board there are tendencies toward removing the tedious quest for easily digested/understood perfectionism that has plagued the world for so long. And oh, however revolting I found the Prada collection to be - though I suspect some of that can be attributed to the strange clumsily doodled silver around the eyes of the models - it did have that very strong message - be bold, be original rather than perfect.

The first favourite moment came in New York at the Marc Jacobs show - as some people said - it really was like the 70s passing by look by look.

Now, my favourite moments from the runway or its immediate surroundings in semi-chronological order:

1. Marc Jacobs: Those insane geometric patterns, the beige, the sinister shades...this ensemble really nailed it down for me. 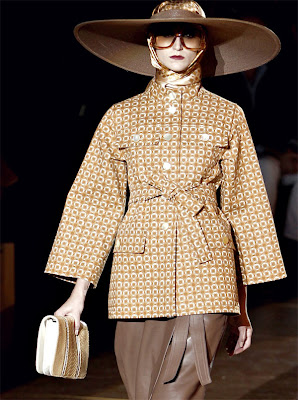 And the other side of the 70s - that vivid, colorful side, here on Frida Gustafsson. 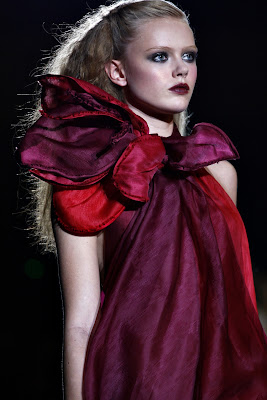 The beige and the color really pops out from this backstage shot. 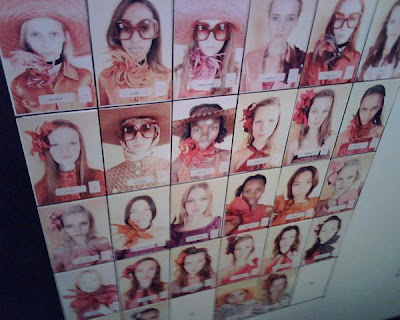 2. Rodarte - few can show garments that look really novel and at the same time beautiful. Delicate yet rustique wood nymphs. 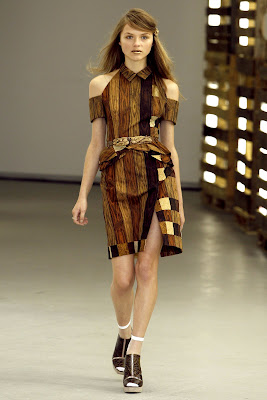 3. Crisp 60s minimalism by Christopher Kane, for the most part London Fashion Week's only redeeming quality. 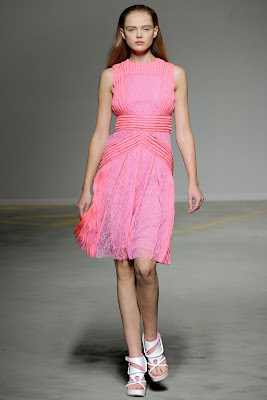 4. Sometimes, it only takes one shot. Milan was owned by this single monumental shot of Snejana Onopka for Gucci. 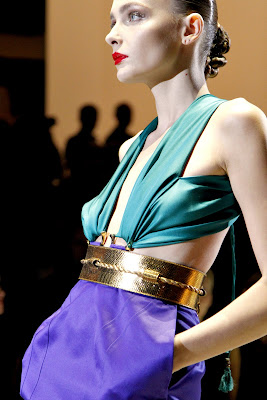 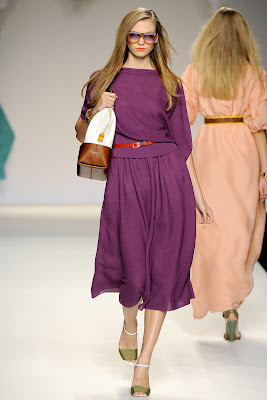 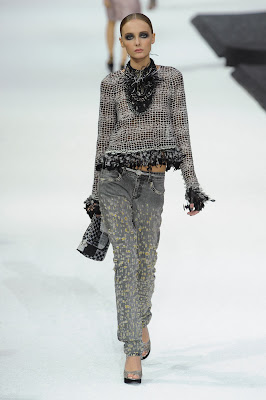 7. Yamamoto - a hint of Arizona head shop does wonders. 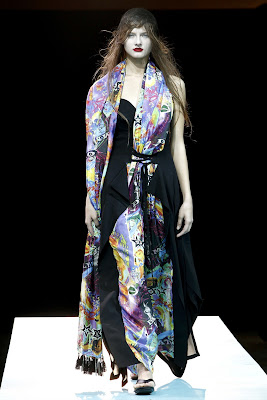 8. Louis Vuitton - as hard as it is to forget that giraffe print, the zebra was the real stunner. 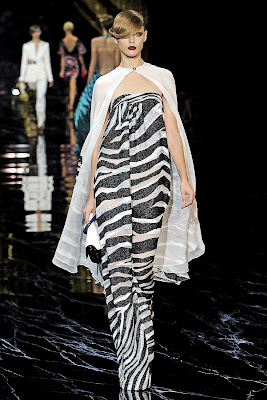 9. John Galliano - all about the 20s and eccentricity. What can I say?

Butterfly pants that drive me wild with a need to own them, a butterfly silhouette dress that amounts to sheer poetry, shoes to whore for and styling worthy of Garbo. Yeah, you could say I like it. 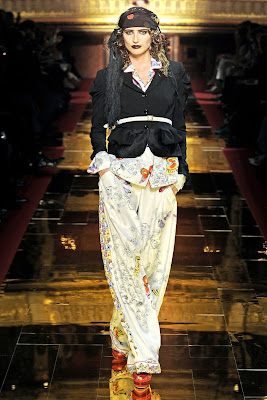 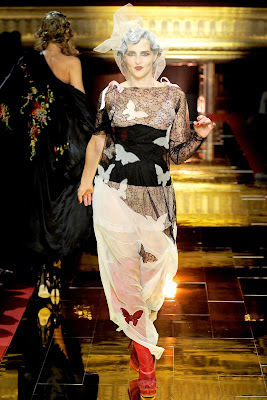 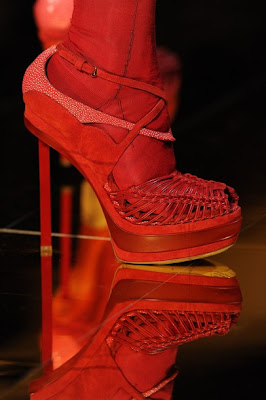 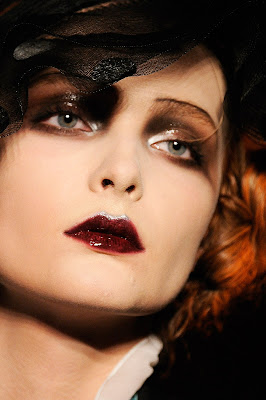 10. Miu Miu - a point in favor of the completely and absolutely insane sound track - plus there is nothing I like better than crazy silk prints. 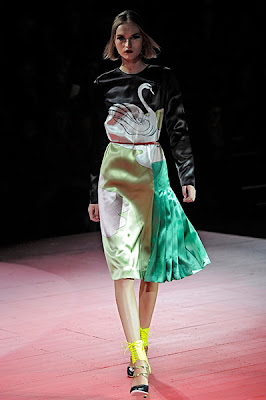 11. Lanvin - bringing the movement back. 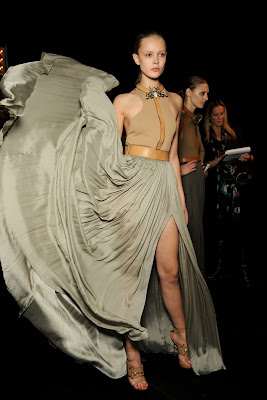