Thought of you as my mountain top

Lovely illustration of Halston by Antonio Lopez which captures the intensity of Halston's gaze. Before Tom Ford's ascent on Gucci in the 90s, there seemed to be little left of the Halston influence on fashion. Of course the man himself died in 1990, but someone once so influential - well you could say that he was the man who made American fashion relevant - it was surprising to see his influence so entirely depleted. Now, in my opinion, the Tom Ford version of Halston does not feature the best of it - that casual, carefree yet preppy look.

This month it is about 27 years ago since Halston was kicked out from the Olympic Towers by the corporate managers. He could no longer design under his own name. In fact, he never did. 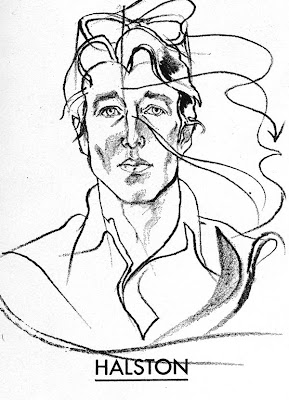 Marisa Berenson dressed in Cream of Quorum chiffon at the set of Barry Lyndon. The year after this photo was shot, Tatum O'Neal (at her side) became the youngest ever Academy Award winner. 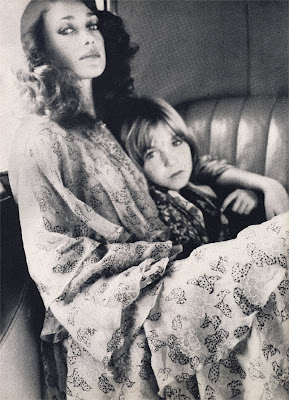 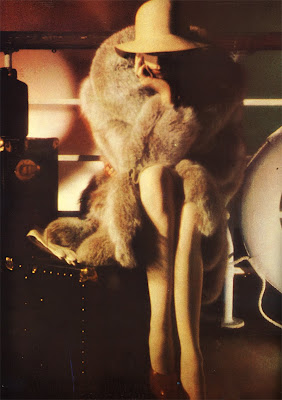 The actress Zouzou la Twisteuse in 1963 in the lap of Greek composer Michaelis Maniatis. 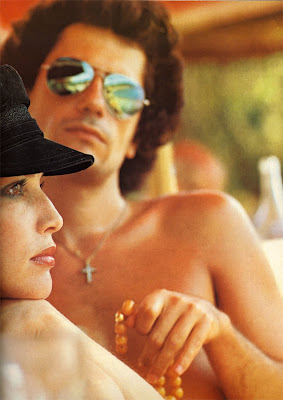