Feast your eyes on a young Grace Jones at the beginning of her brief modeling career, here for La Perla. Grace gave an interview for the Telegraph not long ago:

"When Christian clashed with his parents, Grace took his side and began the rebellion that she turned into a career. She fell in love with the wild side of New York. She went on the road with Hell's Angels and took acid. She began modelling and her first experiment in cross-dressing came during a catalogue shoot for La Perla.

It wasn't planned: the male models got sunburned and broad-shouldered Grace stepped in. "You'd definitely think I was a man in those shots!" she tells me. At one point she shared a flat in Paris with Jerry Hall and Jessica Lange." 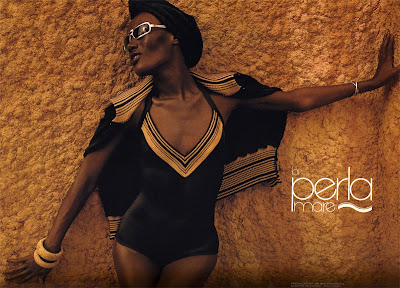 Then, in a completely different style except for the stripes, a Parisini ad: 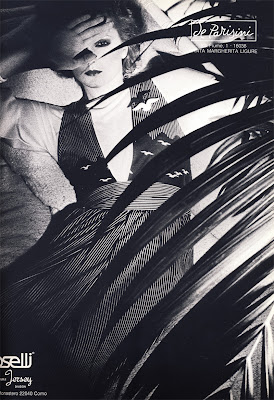 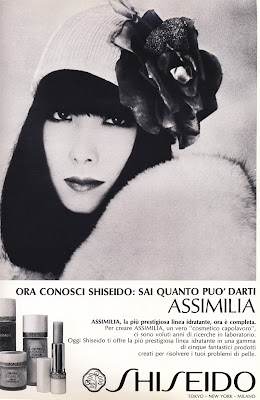 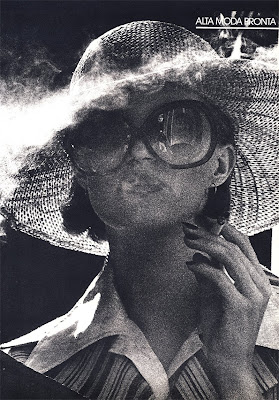