Scare the skies with tiger eyes

If I had to pick one ad series that was the best, I would, on most days, pick the Dior make-up ads by Serge Lutens. They were around from 1974 or so until the (very) early 80s. Louise Despointes is said to be the model in most (all?) of them. This is a beautiful example of this ad series. I never saw this in the American magazines of 1977 so chances are that it only ran in the European editions.

For whatever reason it is tradition that beauty advertisements contain nearly no pores at all - as some sort of example of impeccable perfection presumably. These ads are no exception to that philosophy but nonetheless the soul of the person (or what the person was asked to evoke) is captured in the image. 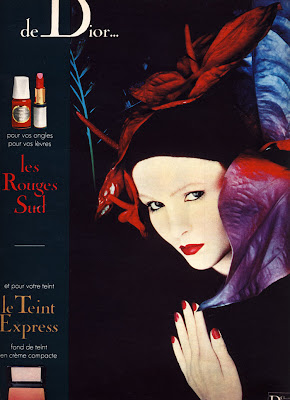 Some 1977 bridal hair complete with flowers in the hair and a frightened appearance. 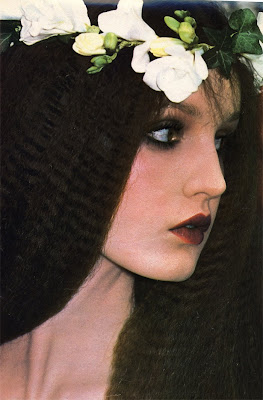 Easy, breezy 70s lady on the beach in the south of France. 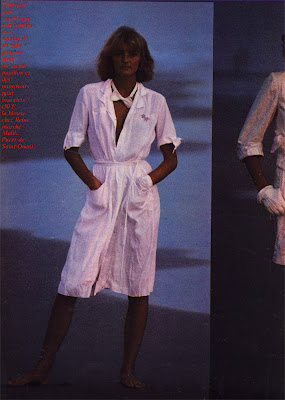 Possibly, just possibly, the most delectable Cacharel ad I have ever laid my eyes on. The embroidery is so lovely. 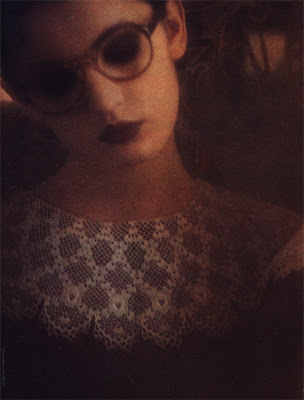