The best model and photographer of the decade predictably made the best cover together. Aptly adorned with the tag "Original", this issue is probably the one I most sorely miss in my collection, at least from the 00s. Also, despite what Linda Evangelista once said, August issues are ALWAYS the best. 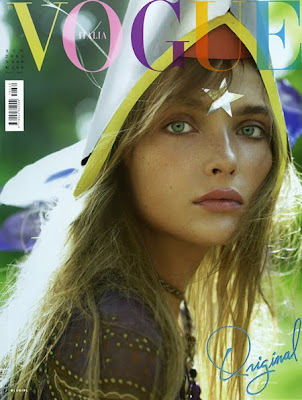 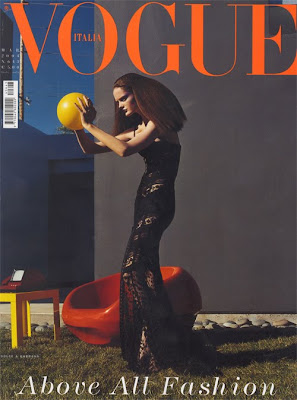 Heather Bratton had two covers for Italian Vogue before her tragic death later in the year. This cover, curled up dreading summer with a glum look on her face, really sums up the glam-goth vibe in a less predictable way than say, Burbridge's nonetheless lovely i-D Horror cover, featuring Snejana Onopka. 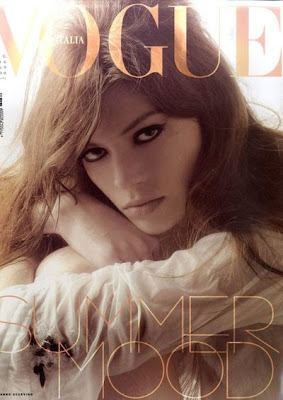 This pair of photographers are responsible for some of the best fashion photography of the previous decade, as all fashion photography enthusiasts know, but this is the peak of their talent to me. The stern constricted pupil gaze and slightly pursed lips. The purple and blue contrast. Color wise, perhaps the best one of the decade. 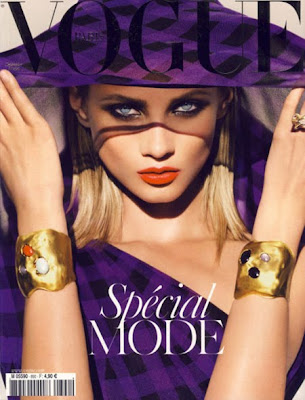 As the mid 00s wore on, the skinny chic had reached such proportions there would have to be a change. That change came in the form of Lara Stone as the whistle blower. This cover was the moment that the tide turned toward another figure than the size 0 standard. 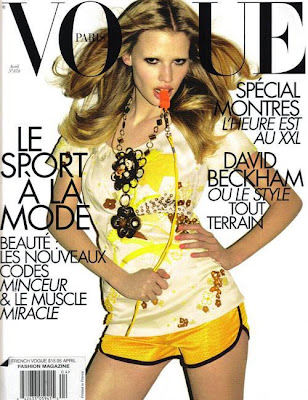 The F/W collections were topped, by many people's accounts, by the PaP Dior collection - where the glam-goth rocker ruled the day. The magazine that best saw through that beautiful runway moment was i-D who fearlessly brought out the real zombie in the form of Snejana just in time for the summer issues - it's all about looking fresh for summer! 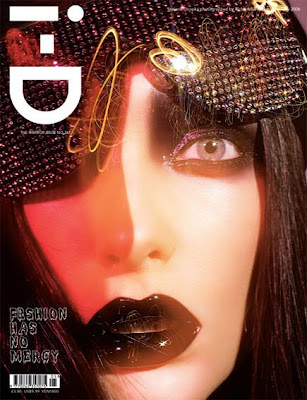 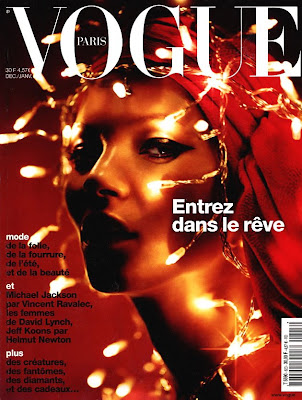 Much to my surprise, at the end of the decade came one of the most magical covers I've seen from Numero. Though the magazine has produced many fine covers (Rianne as Mick Jagger for instance), this one with its pure beauty is the very best one in my opinion. The silky, fine hair, wide open gaze, sensuous lips could have been so boring, if it had not been for that dark brooding mood that comes with the apparent lack of a neck. It's so clean and yet emotional, photoshop at its best. 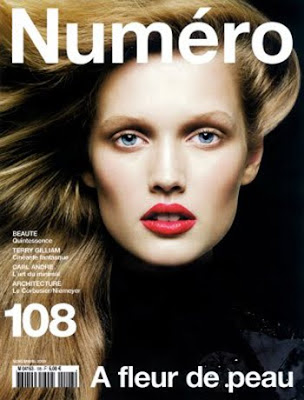 This was the first fashion magazine that I bought. Club kid meets the 60s and goes to Russia. The hat and Hannelore's demeanor speak for themselves I should think. 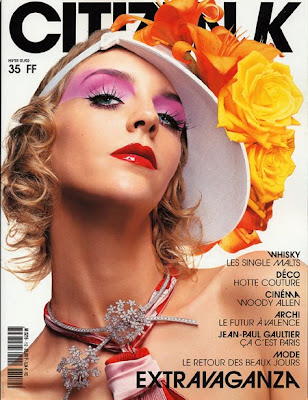 When the decade was a mere babe, there was a creature called Amanda Moore who snazzed up many editorials and this cover. For some reason she didn't really stick around in the modeling business. As for edge and attitude, only Lara Stone can compete. 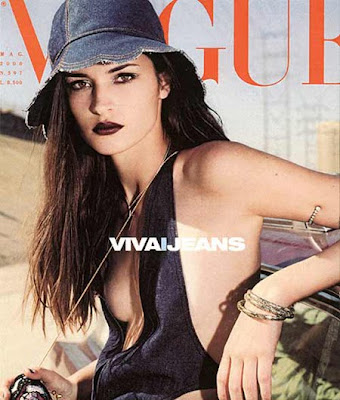