A Lack of Black

What are the hits from Couture this season? It was an average season in my opinion, dominated by pastelles and the lack of black. Chanel/Lagerfeld had the theme of "Neon Baroque" and a complete absence of black....while Dior/Galliano did have some black features - such as all important accessories like gloves, whips and hats - but also favoured the delicate 20s creamy hues.

Especially Galliano was criticized for his long lasting embrace with fashions of the distant past, but strangely enough, the more current mood at Givenchy (goth, feathers, liliac) were a bit of a let down, a comfusing mix between fluffy hippie style and a messy goth punk rocker. For me, the romantic beauty of Dior and Chanel were preferable to the goth mess of Givenchy and, quite surprisingly, Valentino. 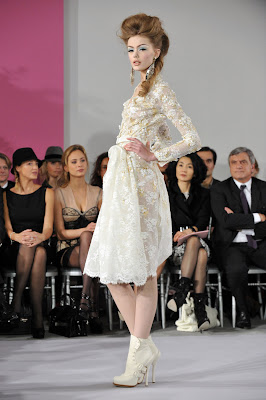 The most prettiest shoes. 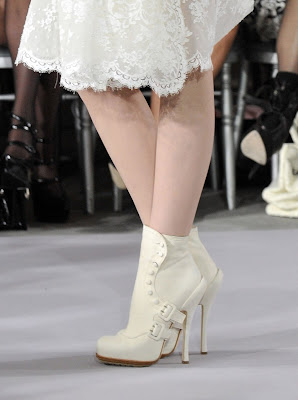 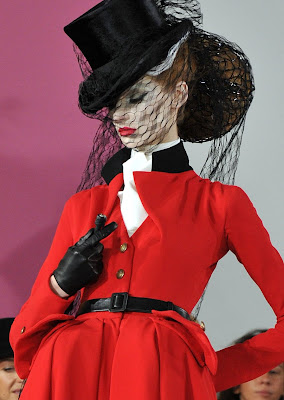 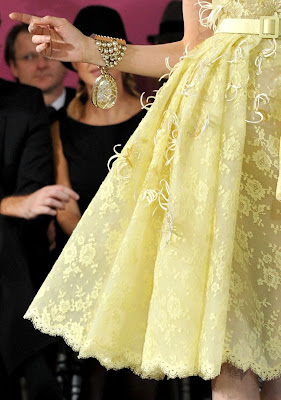 Out of focus lovely shot of Chanel Iman. 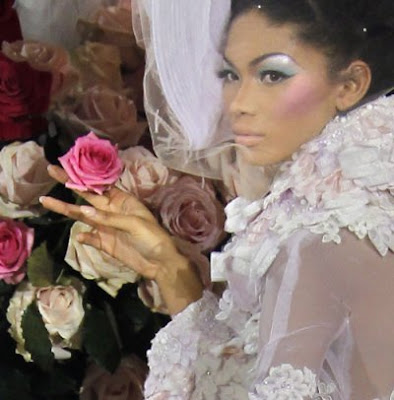 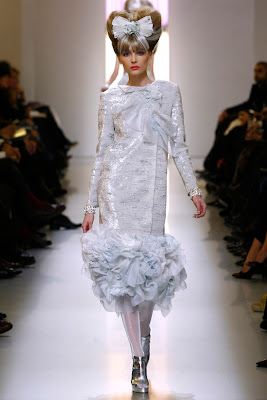