Obviously, after many years of decadence it's time for a brand of minimalism - but with some strong patterns. As the 90s is now the second to last decade, it's inevitably becoming a large influence on current fashions. For these reasons, I believe in a come-back for some of the trends of the 60s that are certainly not in the common perception of the flower-power era - the grungy minimalism with geometric, but constrained, patterns. Here is a sample of later 60s images showing some of these trends. Most of it is sensible, sportswear, casual...This trend was also very important in the early 70s and I will soon post some of those references as well. 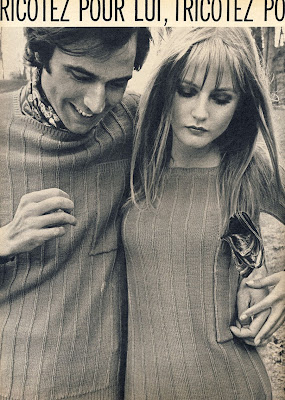 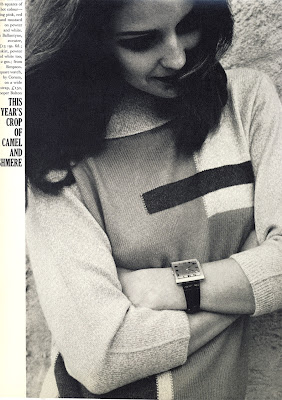 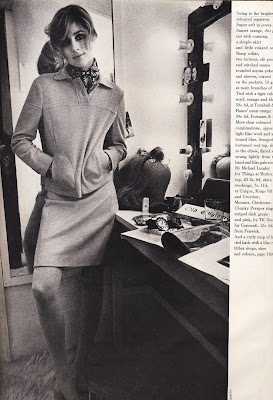 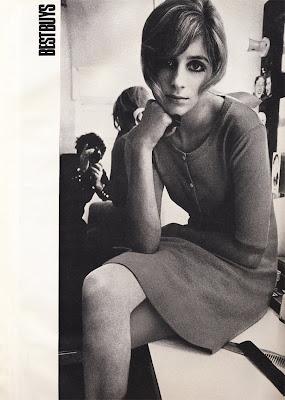 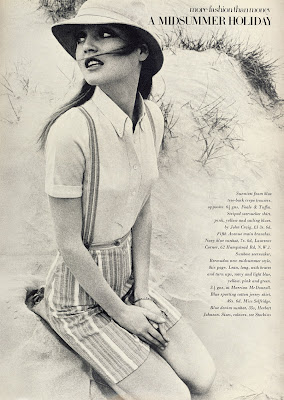