Of Serpents and Models

In 1981 Natassja Kinski posed for Richard Avedon for a seminal shot featuring herself in a cold embrace with a boa constrictor. Though she looked like the innocent, Natassja herself had allegedly suggested this particular prop, with the idea of herself portraying Eve.

Now, 29 years later, Lara Stone is on the cover of Interview, shot by Mert and Marcus, in another serpent embrace, this time considerably more lustful on the part of the model. Instead of looking like the sacrifice in a satanic ritual, like Natassja, she looks like Cleopatra toying with an accessory. Or, awaiting that deadly chest bite. 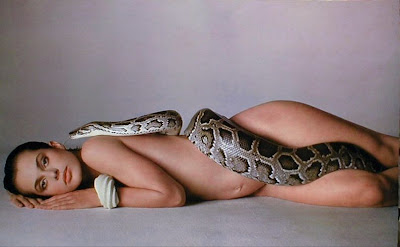 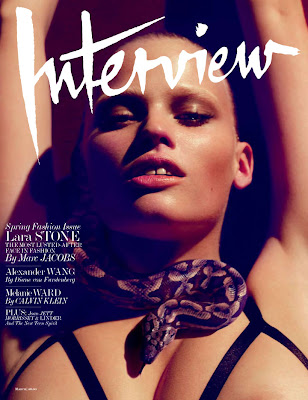